A disco-funk, dance extravaganza, with smatterings of pop and rock, from the 70’s right through to present day, MASS kick out the jams with a huge catalogue of quirky covers, dance-floor hopping mash-ups, and mind-bending medleys!

With a monstrous repertoire amassed over years of torching many of Ireland’s most flame-retardant dance-floors, this band of musical miscreants can weave effortlessly between disco covers, rap classics, funked out reggae jams, rock anthems, and pop hits!

The gold-certified and Grammy-nominated band Helmet has released eight widely acclaimed albums since originally forming in 1989 in New York City. Fusing Zeppelinesque riffing with a vehement post-hardcore precision, augmented by dense chords and offbeat time signatures based in singer Hamilton’s formal jazz training. The combination was that rarest of visionary creations – it was successful in its own time.

Bands such as the Deftones, Rise Against, Pantera and Tool have all cited Helmet as an influence, and not just for Helmet’s blistering, aggro approach but for the band’s sheer musicality and brains. See, Helmet, among other things, is a work of art. Helmet will be touring in support of their new album Dead to the World!

Penguin Cafe was founded by Arthur Jeffes in 2009, bringing together a talented and disparate group of musicians from the likes of Suede, Gorillaz and Razorlight, initially to perform his father Simon Jeffes’ legacy of world renowned Penguin Cafe Orchestra music but he quickly began to create new and unique genre-defying compositions.
The Penguin Cafe utilizes many different instruments and influences, so do not miss that!

Belinda Carlisle is one of those rare talents who continues to remain relevant after nearly four decades in the business. Amidst changing tastes, the gifted and glamorous singer-songwriter has indelibly touched the hearts of pop fans around the world with her unique blend of gutsy vocals, emotively charged melodies and picturesque lyrics.

With a multi-dimensional, internationally acclaimed recording catalog and countless tours showcasing her chameleonic musical prowess, you shouldn’t miss out this gorgeous talent!

An effortless storyteller Tion Wayne is a North London based rapper that has made quite the impression since bursting onto the music scene in 2010. After releasing numerous videos on fundamental U.K online platforms, Tion quickly gained a very loyal fan base, which led to him releasing Wayne’s World 1 and 2 by 2016.

Tion continues to go from strength to strength with his music and is now dominating the U.K charts with 2 top 10s and a top 40 to kick start 2019. Go see him at The Academy!

Celebrating Iconic People, Places and Pieces of Music throughout the ages. From Nessun Dorma to Wuthering Heights and Schindlers List to My Way, this programme is full of the most loved songs in history, brought to life by Ireland’s foremost  classical crossover performers.

Do you want to be thrown back in time for one night?! Timecop1983’s music is heavily inspired by music from the ’80s and is best described as romantic, cinematic and dreamy. There are many names for the genre but he always likes to label it as Synthwave or Dreamwave.

Amongst producers like “Carpenter Brut”, “Power Glove” and other more aggressive ’80s inspired musicians he stands out by creating mainly romantic music that takes you back to the time of Back to the Future, Power Rock Ballads and hanging out at the mall with your friends while looking at girls in hotpants and neon clothes.

Laura’s new single ‘In My Defence’ marks an uplifting new direction for the singer. Produced by Mark Caplice and mixed/mastered by Cian Sweeney of 1000Beasts, the song still holds that distinctive sound and heart that the young songwriter has become known for.

Her unique voice has seen her build a substantial fan base from around the world with her YouTube channel amassing an astonishing 2.5 million views.

The Count And The Tenor

The tale of the fascinating life of one of Ireland’s first true global stars, Count John McCormack, was always with Matthew Gilsenan of The Celtic Tenors. The highs and lows of his career which spanned for decades and left a lasting legacy creating the Irish Tenor tradition.

This evening’s performance will have his operatic arias such as “Il Mio Tesoro” to his favourite ballads like “I Hear You Calling Me”.

A Taste of Rory

Formed to preserve the memory of the late Irish rockstar, the band have played in all the major venues in Ireland! To ecstatic response from people of all ages – from diehard fans to a new generation who have discovered Rory’s music via the Internet.

To really appreciate Rory’s music you have to experience it live – and A TASTE OF RORY do this in an exciting and entertaining manner – no ‘looking at the floor’ from these guys – the passion, the sweat, and excitement that a Rory Gallagher concert exuded is faithfully recreated – note-for-note! There will be also a free drink included!

‘Hurry The Jug’ is a new album recently released by Sligo-based Trio, Leonard Barry, Declan Folan and Shane McGowan, each of whom can truly be described as fantastic musicians. They have earned widespread reputations among their peers representing much that is special about traditional music today. Uilleann pipes and fiddle have long been a fabled combination in Irish music and accompanied by guitar bring a special blend of Irish music, from the rich tradition of Kerry, South Sligo and further afield, to newly composed pieces from themselves, their contemporaries, and musical heroes.

Look Mum No Computer is a London based live electronic artist who takes his homemade machines on the road to play loud music. Usually found in the workshop cooking up a new instrument, he avoids computers like the plague (unless he’s got to send an email).

He’s a multi-disciplinary artist with exhibitions of his work under his belt as well as many live shows; from squat raves in Berlin to Warehouse setups in London. You might have seen some of his inventions floating around the internet, from Bikes that have Synthesisers and drum machines built into them to 5000 Volt Jacobs ladder and Tesla coil Drum machines, all the way over to Flamethrower organs.

Hunkpapa are an alt rock band from Co Armagh. The band have been selling out venues!

Across the UK and IRE such as The Limelight all while pursuing a successful Euro tour with US band “Devotchka”. Gary Lightbody (Snow Patrol)  described Hunkpapa by saying they “have such great songs”.

And this is what Hunkpapa focus on most – the songs. With sincere song-writing, the band delve into an energy during their live performances that reflects the stories they are telling. Engaging the audience on their personal journeys through the music.

The next “Irish Fans Event” takes place in The Grand Social and will see 2 excellent Tribute Acts.

The Event is a non-profit event organized by Fans for Fans who also run a dedicated Facebook fan site called “Big Country Irish Fans”.The opening act on the night will be “Shattered Cross” an acoustic duo named after a track on Stuart’s final album. Their set will encompass Stuart’s musical legacy from “The Skids” through Big Country and his Acoustic project “The Raphaels”.

Next on stage are “The Buffalo Skinners”, an outstanding 3 piece acoustic band from Navan. Their mix of Scottish and Celtic influences bring a unique traditional interpretation to the Big Country catalogue.

Even if Big Country are only a distant memory in your past, this night will bring you back to those teenage years and you will hear some outstanding musicians as well as musical rarities!

No Hot Ashes are a four-piece band from Stockport (Manchester) branded post-pop-discofunk.

NHA have amassed over 2 million streams on Spotify and have supported bands such as Spring King, Blossoms, The Amazons & Prides on their UK Tours. Alongside this they have been booked for major festivals such as Kendal Calling, Y Not Festival, Neighbourhood Festival & Tramlines. No Hot Ashes are: Isaac Taylor (Vox/Guitar), Luigi Di Vuono (Guitar/Backing Vox), Jack Walsh (Bass) and Matthew Buckley (Drums). Suitable for ages 14+.

They are the poster boys for a new age!

SYML released debut album and kicks it off with you in The Button Factory!

He says it’s “about the common threads and mysteries that connect us. There is curiosity in the dark and beauty in the broken.”

SYML is currently a single project performed by Brian Fennell.  It means “simple” in Welsh, and is pulled from his own personal heritage. He was adopted as a child, and later in life found out that his biological parents are Welsh. His experience grappling with both his adoption and heritage are influences in his songwriting.

Crowned at “One’s to Watch for 2019” in Vogue Magazine, Kara exploded onto the scene this year with a combined 15 million combined streams to date. Kara was placed on various playlists,  This Is How We Do, New Music Friday and Viral 50 on Spotify, A-list: R&B, Breaking R&B, Best of the week and One To Watch 2019 & Weekly One in January 2019.

Kara is a true performer, welcome her back to Dublin again!

Amy Dillon is an Irish songbird from Co. Kildare. Creating an uplifting, atmospheric experience through voice and lyrics, Amy blends smooth piano melodies with raw lyrics that weave through all matters of the heart.

Having gained recognition for harnessing a soulful voice merged with an ethereal vulnerability that connects and captivates the audience to a mesmerised hush, Amy casts a spell upon listeners through heartfelt memoirs of love, joy and all matters of human emotion!

Playing live relentlessly since 2017, MUNKY have gone from strength to strength showcasing their energetic and idiosyncratic blend of punk, psych-rock and funk grooves. Munky’s songs are versatile, from introspective and heart wrenching post-punk epics to light hearted trashy funk jams.

Although they garnered acclaim following the release of their debut EP, the band truly come into their own in a live setting. Their frenetic and raucous live shows need to be experienced to be believed, a thundering rally-cry of moving bodies, sweat dripped ceilings and smiles all round! 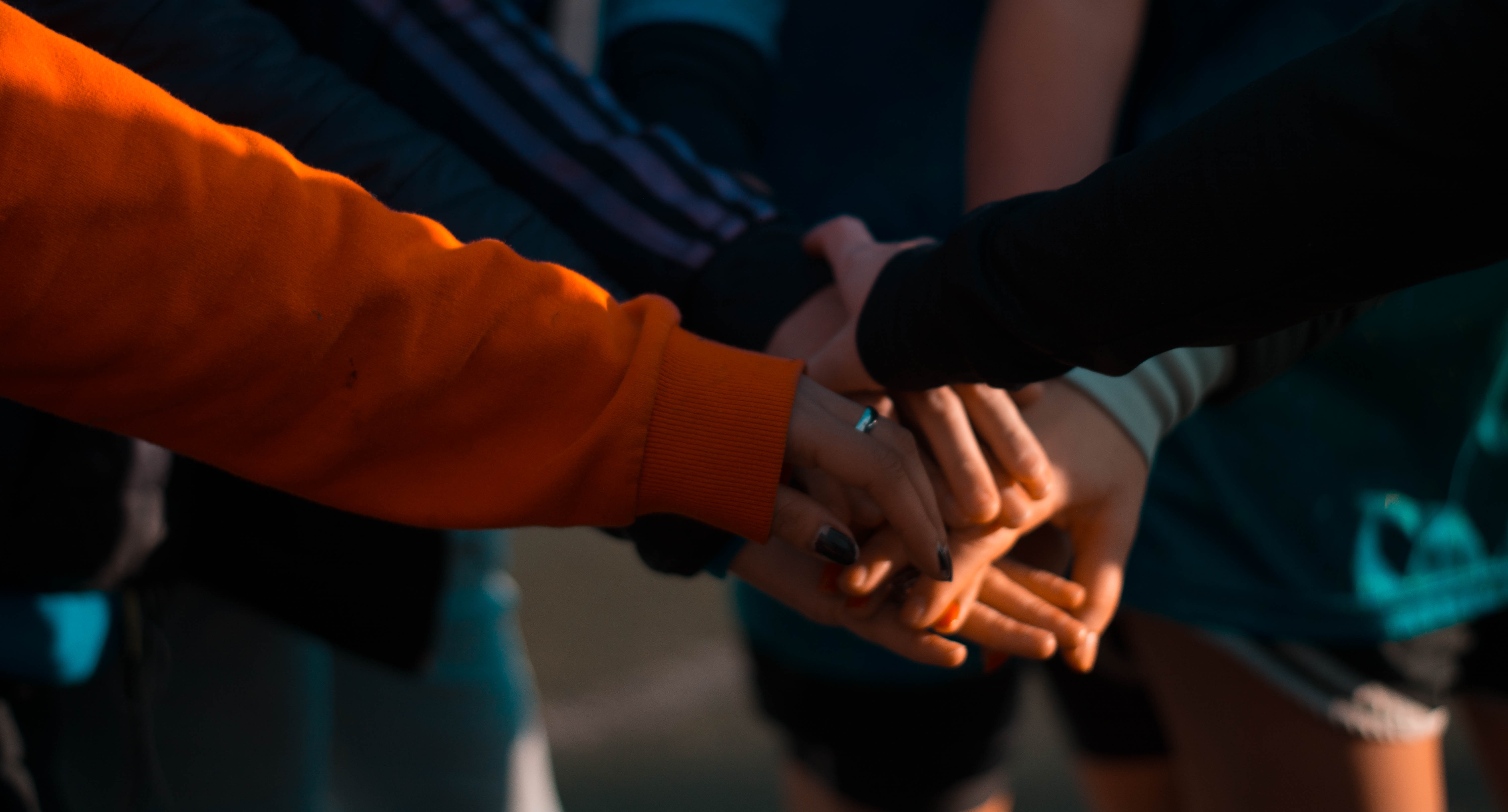 Jillian Godsil presents Making a Difference - a radio show that interviews people and their projects who are making a difference to Dublin - and beyond. Some of her subjects are part of organisations, some are individuals but all have a passion to make a difference.  Listen in to her eclectic mix of people from all walks of life talking about what makes them buzz.